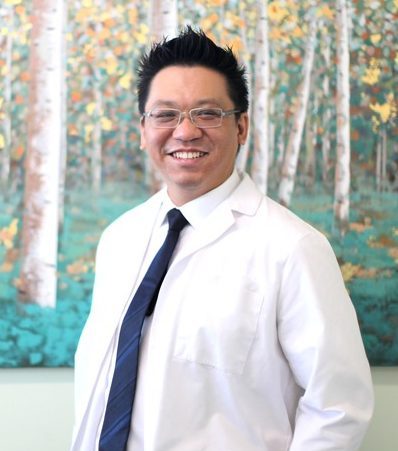 Since becoming a dentist, Dr. Man has completed an additional 500 hours of continuing education. Of those hours, 300 were dedicated to completing an implant MaxiCourse® in 2016 over the course of nine months. After this training was completed, Dr. Man traveled to Cancun, Mexico, to attend further training. Also, in 2016, he completed his intravenous sedation training and license. The previous year, Dr. Man completed his endodontic training at the University of Southern California. Since then, he has performed root canals for over 500 patients.

Dr. Man is dedicated to serving others, working as clinical director of btyDENTAL Group in Anchorage, Alaska, and training graduate students in the extraction of third molars, root canals and IV sedation. In 2016, he also had the opportunity to serve on a mission trip, performing over 1000 teeth extractions for the people of the Philippines.

Dr. Man and his wife live in Riverside and have two children — a son, Chris, and a daughter, Joy. In his off-time, Dr. Man loves training and playing badminton.